Maharashtra day – We all know that May 1st is another holiday, but how many of us do really know the reason for this holiday?

For many people, it’s a tricky question. Their answer varies from a dry day, Shivaji Maharaja’s birthday, or simply the beginning of summer vacation.

But the real reason lies in the formation of our Stat 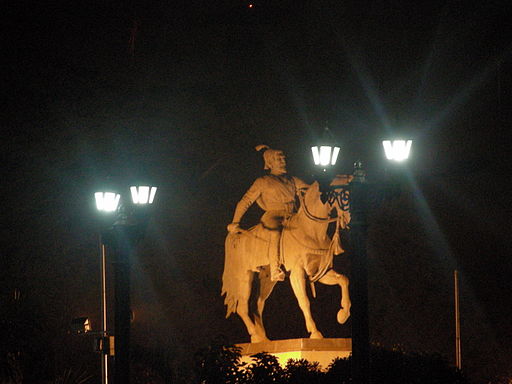 This day is also celebrated as ‘International Workers Day or Labour Day.

An act was passed in the year 1956 called the States Recognition Act, which defined boundaries for the Indian States based on the language spoken.

This led to the formation of the ‘Bombay State,’ where languages such as Marathi, Konkani, Gujarati, and Kutchi were spoken.

The formation of the states of Maharashtra and Gujarat thus occurred according to the Bombay Recognition Act 1960 enacted by the Parliament of India on April 25th, 1960.

The act came into effect on May 1st, 1960, hence the reason for the Annual Celebration.

The Government of Maharashtra declares a holiday every year, which applies to all the offices and companies under the jurisdiction of the State, schools, and colleges.

Every year a parade is held at Shivaji Park, where the Governor of Maharashtra makes a speech. A large crowd attends the parade. Liquor sales to Indians are banned on this day across Maharashtra.

The Golden Jubilee Celebrations for Maharashtra Day were conducted on May 1st, 2011, across the State.

Apart from the annual parades, locals also celebrate this day with much zeal and passion. You can find many people across the State participating in musical rallies wearing a saffron turban and white kurtas.

At the same time, women are decked up in their traditional best attire and jewelry.

Maharashtra is one of the biggest states of India and occupies a large portion of the Deccan plain in the westerly peninsular section of the subcontinent. Its appearance somewhat resembles a triangular share, with 450 miles i.e 725 km west coast forming a base and its inside narrowing to an apex about 500 miles i.e 800 km on the east.

Mumbai (earlier known as Bombay) is the capital of Maharashtra and is an island town on the west coast that is connected to the mainland by roads and railways. Know as the gateway of India, Maharashtra state is India’s biggest commercial and industrial capital and has played an important role in the nation’s social and political development.

The population of Maharastra as per the Districts – Source Wikipedia