Vadapav, also known as Indian Burger or Batata Wada, is vegetarian street food. It’s a simple receipt involving a deep-fried patty made of potato, coriander, garlic, and other spices. It is served with various chutneys, toping, and combinations. 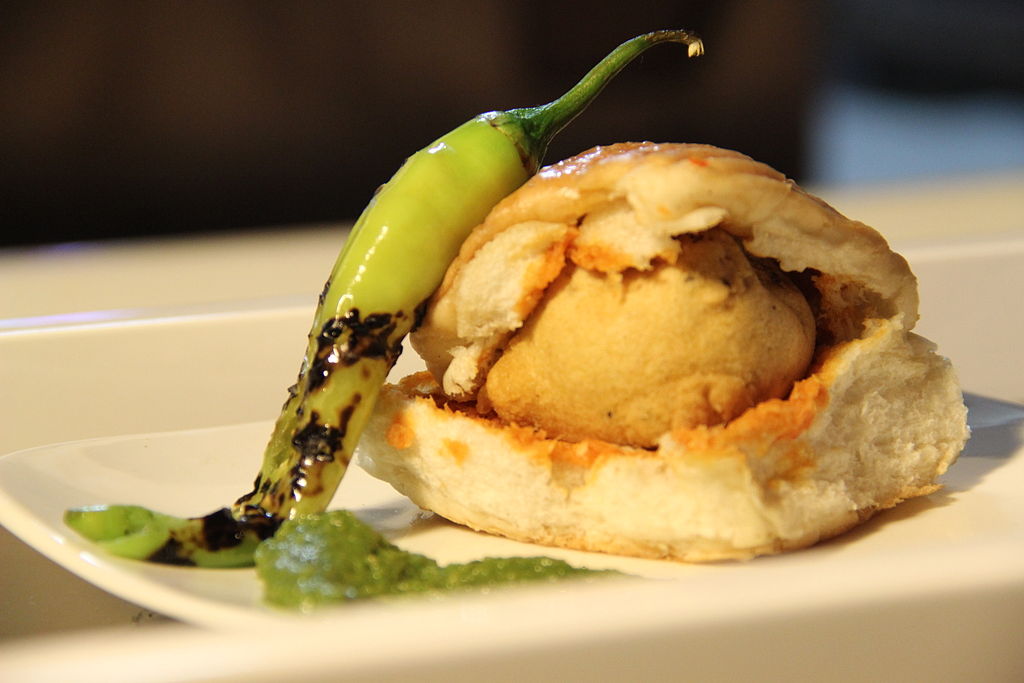 This patty is served with bread (also known as pav).

Ingredient – Mashed potato, chilies, garlic, turmeric, mustard seeds, and many other mixed spices. Small balls are made of this mixture and coated with gram flour batter and

It is served with Indian bread, as shown in the pic.

This snack is sold at virtually every nook and corner of Mumbai and is a favorite evening snack for most Mumbaikar.

Do not forget to try this when you are visiting Mumbai.

Nowadays, Vadapav is served with bread, cheese, chutney, and other toppings. The cost range from Rs.10 to Rs. 30 (less than a dollar).

One of the famous places to eat Vadapav with the various varieties is.  ‘Jomboking‘

Here are the addresses where you can find their joints:

7 Amazing Things To Do and See at Powai Lake