Mumbai is the dream home of several ambitious aspirants, boots of vicious minds, and a vivid lifestyle. It is not just about the beaches, pubs, caves, and clubs. This island has a history so interesting that you would never see Mumbai as a crowded city but as a historical marvel.

Let’s explore some of the 7 historical wonders of Mumbai.

The Gateway of India is located at Apollo Bunder in South Mumbai, on the shore of the Arabian Sea. This architectural marvel scores over any other monument in Mumbai.

The foundation stone of the structure was laid in 1911 but took more than 13 years to get completed. A Scottish architect built this symbol by the name of George Wittet to commemorate the visit of King George V and Queen Mary.

Undoubtedly the pride of Mumbai, this structure will always stay close to the heart of Mumbai. The Gateway of India stands right opposite the famous Taj Mahal hotel. 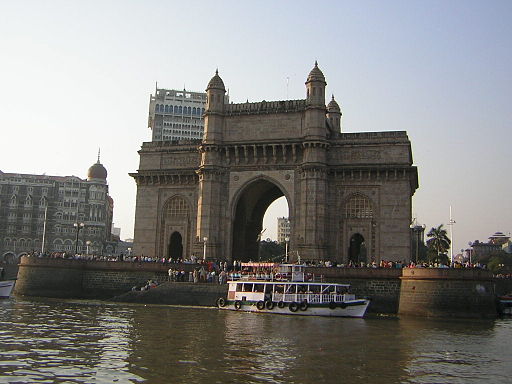 Situated in the fort area, Mumbai high court is the most bedazzling and glittering example of stupendous architecture. The marvel was designed by Col. Fuller, a British engineer.

Although the building was inaugurated in 1862, the first sitting in the court took place in January 1879. This distinguished high court in the country is impressive enough to bedazzle a visitor.

The Mumbai high court has the reputation of having the first Chief Justice, Attorney General, and the Solicitor General of Independent India.

One of the main and oldest railway stations in Mumbai. The Victoria Terminus, also known by its acronym ‘VT,’ is declared a UNESCO world heritage site.

It stands tall as one of the massive structural designs of Mumbai. The architecture of the building blends Victorian, Gothic, and Indian style is the epitome of excellent artisanship.

VT is well connected by rail to almost all parts of the country, resulting in the nation’s brewing business and heavy economy and, most importantly, for Mumbai.

This wonder was later renamed at Chhatrapati Shivaji terminus in 1996.

Located within the University of Mumbai, it is one of the important landmarks of Mumbai. Build between 1969 and 1878, this 300 feet renowned English architect George Gilbert Scott designed a high clock tower. It is modeled on Big Ben of London.

The foundation stone of this historical architecture was laid on 1st March 1869. It took 9 years for the construction and was completed in November of 1878.

The clock tower was named after the mother of 19th-century stock broker Premchand Roychant at the cost of Rs.200,00, which was a huge sum in those days.

The Rajabhai clock tower was built using the locally available Kurla stone. This was the tallest tower during that time in Mumbai. 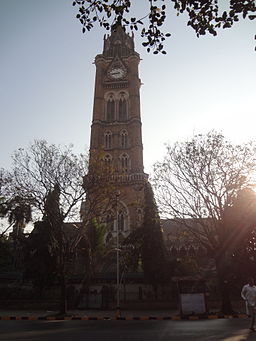 Flora Fountain is named after the Roman goddess Flora; the fountain looks nothing short of a miracle when it gleams with light in the night.

Although it is now known as Hutatma Chowk, it is still famous as the Flora fountain in south Mumbai (fort area). Designed by Richard Norman Shaw and was erected in 1869 in honor of Sir Henry Bartle, the Governor of Bombay.

The architectural beauty and grace attract a lot of tourists to gleam in its beauty and serenity.

Situated in the middle of lustrous green Borivali national park, the caves have an interesting history. As per the records, Buddhist Monks started their work on these caves in the 1st century and continued till the 11th century AD.

Kanheri caves are located within the lush forest of the famous Sanjay Gandhi National Part.

The caves are around 7 km from the Borivali railway station, and tourists and visitors are allowed only after 9:00 am. Nothing less than any other architectural wonder, the gracefully chiseled work on the caves adds charm to the visual effect.

Need to relax a weekend after a busy week? Head to Kanheri caves to soothe your eyes and calm down your nerves.

Can’t get enough of primeval temples, head straight to the Elephanta caves. This island (known so because it is Mumbai’s Elephanta Island) boasts of several 5th to 8th centuries caves.

The biggest highlight of these caves is the Mahesh murti cave, which houses a 6-meter height statue of the 3 head Trimurti of Lord Shiva, signifying Shiva as the creator, preserver, and destroyer of the universe. There is a regular boat service available from Gateway of India, which will take you to this out-of-the-world experience. Tourists can visit the Gateway of India and Elephanta caves together.

Apart from the architectural wonder, Mumbai boasts of the also famous Dharavi slums. Don’t forget the dabbawalas, who are the soul of Mumbai.

The Siddhivinayak temple, Haji Ali, Mount Mary church are among the other elegance. Visit them for a spiritual experience.

Come to Mumbai to satisfy your need to see beauty as its best.